Led by God Out of Darkness 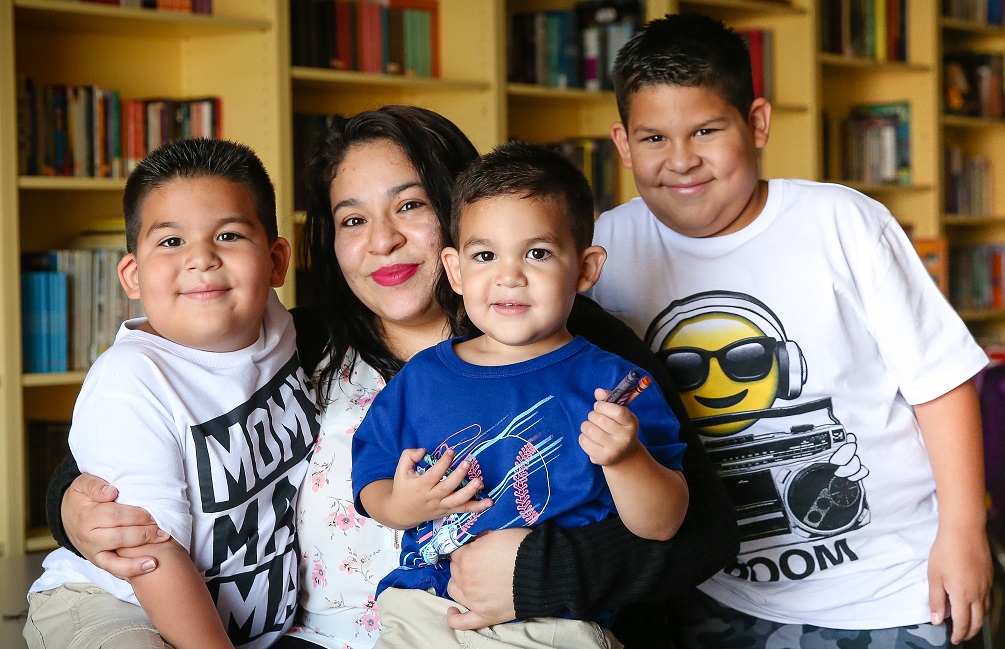 When Vanessa’s partner became violent in front of her children, she knew she had to make a dire decision: escaping her home.

Vanessa turned to a local domestic violence shelter but was turned away because she didn’t fit the program. She had her kids by her side, and she refused to allow them to be separated from her mother. Desperate for a safe sanctuary — and on the cusp of having nowhere to go — she made an appointment to speak with The Salvation Army of North Texas.

Within hours, Vanessa and her children found their haven at The Salvation Army’s Family Life Center. The Salvation Army representative that answered her call immediately ensured the family had their own private bedrooms, bathroom, and access to food and running water. The utilities were taken care of.

“I was very blessed that day. I was really thankful that God led me here,” Vanessa said.“It’s been a learning process. Even though I went through that situation, I’m still able to come out more independent and focused on myself and my kids.”

Once settled, Vanessa was offered assistance with job hunting, permanent housing programs, and food benefits. The Salvation Army also provided her with financial advice for when she was ready to get back on her feet.

“They don’t ask you to pay anything,” Vanessa said. “They help you to save your income, so by the time you’re ready for your own house, you have money saved up to buy furniture or anything you might need outside of The Salvation Army. That really helps. They teach you independence.”

Vanessa said the best part of working with The Salvation Army has been transportation assistance so that she can take her kids to school or important appointments at no cost.

“They weren’t able to [go to school] when I was going through my situation,” Vanessa said. “The Salvation Army also helped them join after-school programs.”

Having her children participate in character-building extracurriculars has been crucial during this difficult time, Vanessa said. Her son has become more accustomed to being around kids his own age, while her daughter is being taught important lessons about becoming a teenager. Both kids enjoy Bible study, as well.

“It’s very helpful — the time that you’re at The Salvation Army,” Vanessa said.“I try every day to use my time wisely and work on my goals. If you’re dealing with domestic violence, don’t be afraid.”

A gift to The Salvation Army helps someone in your community.

Do Good in your community

Join us throughout the week for worship, fellowship, Bible study, meals, community service and fun.